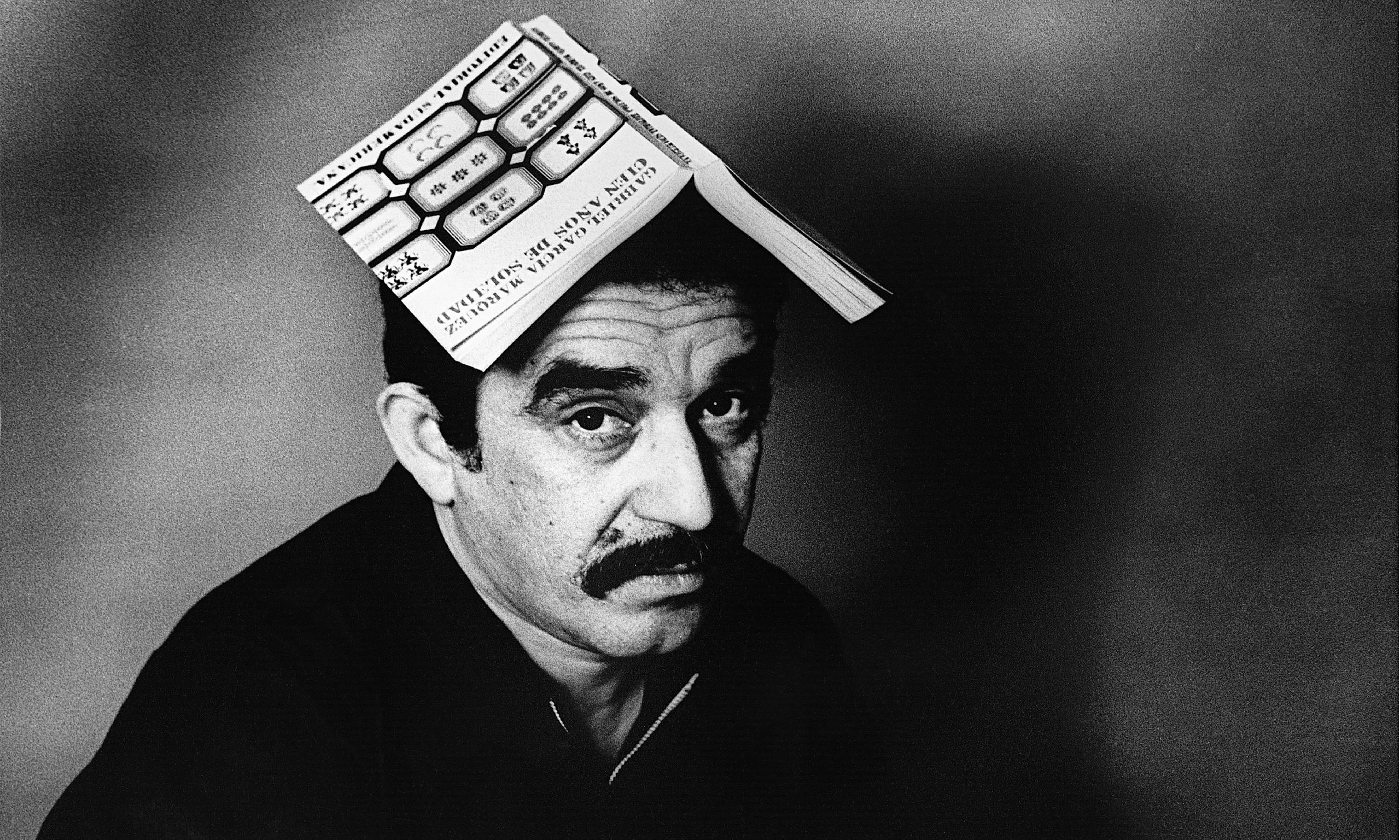 It was Aureliano who conceived the formula that was to protect them against loss of memory for several months. He discovered it by chance. An expert insomniac, having been one of the first, he had learned the art of silverwork to perfection. One day he was looking for the small anvil that he used for laminating metals and he could not remember its name. His father told him: “Stake.” Aureliano wrote the name on a piece of paper that he pasted to the base of the small anvil: stake. In that way he was sure of not forgetting it in the future. It did not occur to him that this was the first manifestation of a loss of memory, because the object had a difficult name to remember. But a few days later he discovered that he had trouble remembering almost every object in the laboratory. Then he marked them with their respective names so that all he had to do was read the inscription in order to identify them. When his father told him about his alarm at having forgotten even the most impressive happenings of his childhood, Aureliano explained his method to him, and José Arcadio Buendía put it into practice all through the house and later on imposed it on the whole village. With an inked brush he marked everything with its name: table, chair, clock, door, wall, bed, pan. He went to the corral and marked the animals and plants: cow, goat, pig, hen, cassava, caladium, banana. Little by little, studying the infinite possibilities of a loss of memory, he realized that the day might come when things would be recognized by their inscriptions but that no one would remember their use. Then he was more explicit. The sign that he hung on the neck of the cow was an exemplary proof of the way in which the inhabitants of Macondo were prepared to fight against loss of memory: This is the cow. She must be milked every morning so that she will produce milk, and the milk must be boiled in order to be mixed with coffee to make coffee and milk. Thus they went on living in a reality that was slipping away, momentarily captured by words, but which would escape irremediably when they forgot the values of the written letters.

At the beginning of the road into the swamp they put up a sign that said MACONDO and another larger one on the main street that said GOD EXISTS. In all the houses keys to memorizing objects and feelings had been written. But the system demanded so much vigilance and moral strength that many succumbed to the spell of an imaginary reality, one invented by themselves, which was less practical for them but more comforting. Pilar Ternera was the one who contributed most to popularize that mystification when she conceived the trick of reading the past in cards as she had read the future before. By means of that recourse the insomniacs began to live in a world built on the uncertain alternatives of the cards, where a father was remembered faintly as the dark man who had arrived at the beginning of April and a mother was remembered only as the dark woman who wore a gold ring on her left hand, and where a birth date was reduced to the last Tuesday on which a lark sang in the laurel tree. Defeated by those practices of consolation, José Arcadio Buendía then decided to build the memory machine that he had desired once in order to remember the marvelous inventions of the gypsies. The artifact was based on the possibility of reviewing every morning, from beginning to end, the totality of knowledge acquired during one’s life. He conceived of it as a spinning dictionary that a person placed on the axis could operate by means of a lever, so that in a very few hours there would pass before his eyes the notions most necessary for life. He had succeeded in writing almost fourteen thousand entries when along the road from the swamp a strangelooking old man with the sad sleepers’ bell appeared, carrying a bulging suitcase tied with a rope and pulling a cart covered with black cloth. He went straight to the house of José Arcadio Buendía.

Visitación did not recognize him when she opened the door and she thought he had come with the idea of selling something, unaware that nothing could be sold in a town that was sinking irrevocably into the quicksand of forgetfulness. He was a decrepit man. Although his voice was also broken by uncertainty and his hands seemed to doubt the existence of things, it was evident that he came from the world where men could still sleep and remember. José Arcadio Buendía found him sitting in the living room fanning himself with a patched black hat as he read with compassionate attention the signs pasted to the walls. He greeted him with a broad show of affection, afraid that he had known him at another time and that he did not remember him now. But the visitor was aware of his falseness, He felt himself forgotten, not with the irremediable forgetfulness of the heart, but with a different kind of forgetfulness, which was more cruel and irrevocable and which he knew very well because it was the forgetfulness of death. Then he understood. He opened the suitcase crammed with indecipherable objects and from among then he took out a little case with many flasks. He gave José Arcadio Buendía a drink of a gentle color and the light went on in his memory. His eyes became moist from weeping even before he noticed himself in an absurd living room where objects were labeled and before he was ashamed of the solemn nonsense written on the walls, and even before he recognized the newcomer with a dazzling glow of joy. It was Melquíades.