“We are two abysses – a well staring at the sky.”

Fernando Pessoa, The Book of Disquiet.

The Amelia Earhart Pancake
I have been unable to find a poem
for this title. I’ve spent years
looking for one and now I’m giving
up.

…Diogenes’ sense of shamelessness is best seen in the context of Cynicism in general. Specifically, though, it stems from a repositioning of convention below nature and reason. One guiding principle is that if an act is not shameful in private, that same act is not made shameful by being performed in public. For example, it was contrary to Athenian convention to eat in the marketplace, and yet there he would eat for, as he explained when reproached, it was in the marketplace that he felt hungry. The most scandalous of these sorts of activities involves his indecent behavior in the marketplace, to which he responded “he wished it were as easy to relieve hunger by rubbing an empty stomach” (Diogenes Laertius, Lives of Eminent Philosophers, Book 6, Chapter 46).

I have examined maps of the city with the greatest care, yet have never again found the Rue d’Auseil. These maps have not been modern maps alone, for I know that names change. I have, on the contrary, delved deeply into all the antiquities of the place; and have personally explored every region, of whatever name, which could possibly answer to the street I knew as the Rue d’Auseil. But despite all I have done it remains an humiliating fact that I cannot find the house, the street, or even the locality, where, during the last months of my impoverished life as a student of metaphysics at the university, I heard the music of Erich Zann… […keep reading].

Our camera broke last night as we were putting together the video for new song TONGUE TIED IN THE SUNSHINE, so instead of a new video today we have added a Lyrics page.  As soon as the camera is fixed we shall be back on YourTube.

Here is a still from the video shoot. 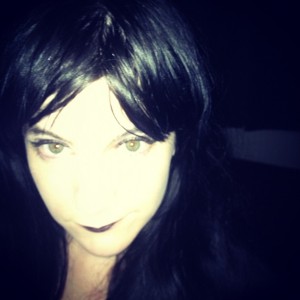