If the sceptical “right” and doomsaying “left” are both trapped in reality-tunnelling confirmation bias, perhaps we should flee to the centre: the standard climate change narrative.  This is comfortable territory, staked out by our society’s primary epistemic authority, science.

The problem is, the dynamics that afflict the two extremes afflict the middle as well.  Over the last few years, a growing chorus of insider critics have been exposing serious flaws in scientific funding, publishing, and research, leading some to go as far as to say, “Science is broken.”

The dysfunctions they describe include:

The system encourages the endless elaboration of existing theories about which there is consensus, but if one of these is wrong, there are nearly insuperable barriers to its ever being overturned.  These go far beyond classic Kuhnian resistance to paradigm shift – critics call it “paradigm protection.”  Former NIH director and Nobel laureate Harold Varmus describes it this way:

The system now favours those who can guarantee results rather than those with potentially path-breaking ideas that, by definition, cannot promise success.  Young investigators are discouraged from departing too far from their postdoctoral work, when they should instead be posing new questions and inventing new approaches.  Seasoned investigators are inclined to stick to their tried-and-true formulas for success rather than explore new fields.

It is easy to see how these dynamics might impact climate science, a politically charged field that receives billions of dollars of government funding.  Sceptics’ websites contain laments by climate researchers who are afraid to attempt publication of results that contradict climate orthodoxy because they do not want to be ostracised as a “denier”; professors telling of discouraging graduate students  from investigating inconsistencies in the data; and anecdotes about reputable scientists who lost funding and professional appointments after they issued mild criticism of official positions.

The dissident climatologist Judith Curry raises questions about the genesis of the scientific consensus around climate change:

The skewed scientific “consensus” does indeed act to reinforce itself, through a range of professional incentives: ease of publishing results, particularly in high impact journals; success in funding; recognition from peers in terms of awards, promotions, etc; media attention and publicity for research; appeal of the simplistic narrative that climate science can “save the world”; and a seat at the big policy tables.

All of this adds up to a kind of collective confirmation bias within science, the same cognitive handicap that so obviously afflicts many climate sceptics.  In other words, confirmation bias is not limited to those outside the establishment.  it is institutionalised within it as well, despite the system of peer review that is supposed to eliminate it.

In most controversies that pit a powerful orthodoxy against a marginalised heterodoxy, the establishment makes liberal use of scare quotes and derisive epithets like “denier,” “conspiracy theorist,” or “pseudo-scientist” to exercise psychological pressure on the undecided layperson, who does not want to be thought a fool.  These tactics invoke in-group/out-group social dynamics, leading one to suspect that the same dynamics might prevail within the scientific establishment to enforce group-think and discourage dissent. 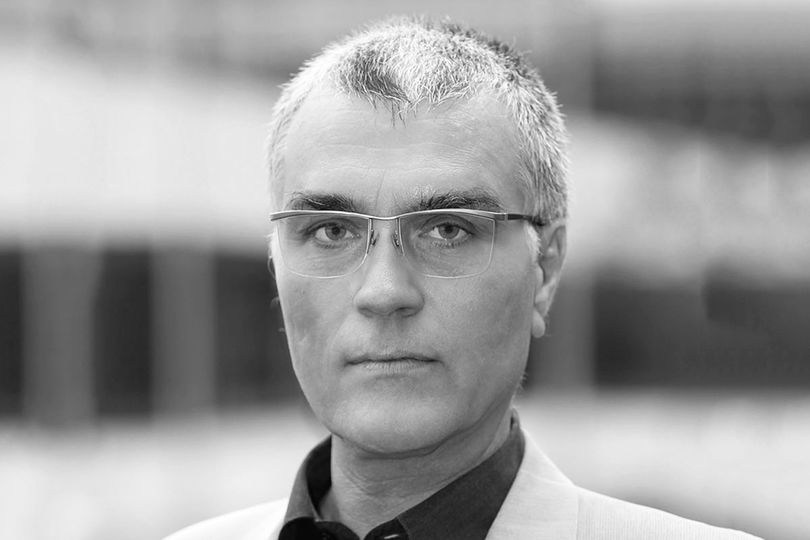 From a philosophical perspective, the discovery of mirror neurons is exciting because it gave us an idea of how motor primitives could have been used as semantic primitives: that is, how meaning could be communicated between agents. Thanks to our mirror neurons, we can consciously experience another human being’s movements as meaningful.Perhaps the evolutionary precursor of language was not animal calls but gestural communication. The transmission of meaning may initially have grown out of the unconscious bodily self-model and out of motor agency, based, in our primate ancestors, on elementary gesturing. Sounds may only later have been associated with gestures, perhaps with facial gestures—such as scowling, wincing, or grinning—that already carried meaning. Still today, the silent observation of another human being grasping an object is immediately understood, because, without symbols or thought in between, it evokes the same motor representation in the parieto-frontal mirror system of our own brain. As Professor Rizzolatti and Dr. Maddalena Fabbri Destro from the Department of Neuroscience at the University of Parma put it: “[T]he mirror mechanism solved, at an initial stage of language evolution, two fundamental communication problems: parity and direct comprehension. Thanks to the mirror neurons, what counted for the sender of the message also counted for the receiver. No arbitrary symbols were required. The comprehension was inherent in the neural organization of the two individuals.”

Such ideas give a new and rich meaning not only to the concepts of “grasping” and “mentally grasping the intention of another human being,” but, more important, also to the concept of grasping a concept—the essence of human thought itself. It may have to do with simulating hand movements in your mind but in a much more abstract manner. Humankind has apparently known this for centuries, intuitively: “Concept” comes from the Latin conceptum, meaning “a thing conceived,” which, like our modern “to conceive of something,” is rooted in the Latin verb concipere, “to take in and hold.” As early as 1340, a second meaning of the term had appeared: “taking into your mind.” Surprisingly, there is a representation of the human hand in Broca’s area, a section of the human brain involved in language processing, speech or sign production, and comprehension. A number of studies have shown that hand/arm gestures and movements of the mouth are linked through a common neural substrate. For example, grasping movements influence pronunciation— and not only when they are executed but also when they are observed. It has also been demonstrated that hand gestures and mouth gestures are directly linked in humans, and the oro-laryngeal movement patterns we create in order to produce speech are a part of this link.

Broca’s area is also a marker for the development of language in human evolution, so it is intriguing to see that it also contains a motor representation of hand movements; here may be a part of the bridge that led from the “body semantics” of gestures and the bodily self-model to linguistic semantics, associated with sounds, speech production, and abstract meaning expressed in our cognitive self-model, the thinking self. Broca’s area is present in fossils of Homo habilis, whereas the presumed precursors of these early hominids lacked it. Thus the mirror mechanism is conceivably the basic mechanism from which language evolved. By providing motor copies of observed actions, it allowed us to extract the action goals from the minds of other human beings—and later to send abstract meaning from one Ego Tunnel to the next.

The mirror-neuron story is attractive not only because it bridges neuroscience and the humanities but also because it illuminates a host of simpler social phenomena. Have you ever observed how infectious a yawn is? Have you ever caught yourself starting to laugh out loud with others, even though you didn’t really understand the joke? The mirror-neuron story gives us an idea of how groups of animals—fish schools, flocks of birds—can coordinate their behavior with great speed and accuracy; they are linked through something one might call a low-level resonance mechanism. Mirror neurons can help us understand why parents spontaneously open their mouths while feeding their babies, what happens during a mass panic, and why it is sometimes hard to break away from the herd and be a hero. Neuroscience contributes to the image of humankind: We are all connected in an intersubjective space of meaning—what Vittorio Gallese calls a “shared manifold.”

Thomas Metzinger, The Ego Tunnel: The Science of The Mind and The Myth of The Self.