Author’s Note: The provenance of the phrase history is written by the victorious is disputed.  But what can attribution achieve in this instance?  The sentence (or sentiment) must surely have been uttered or thought by many prior to the origin we seek, and also ex post facto by many unaware of their plagiarism.  The point remains that the marginalised have, historically, been denied a voice.  When you are dead or imprisoned, uneducated or denied access, putting forward your version of events becomes problematic.  Once something has been destroyed, only those left standing can rebuild, and do so with the only tools available to them: theirvision.

It could be said that, to some extent, in the real-time networked world we have awoken in this side of the millennium, more people than ever have the ability to make themselves heard.  But what do we find now that the curtain has…

Author’s Note: The provenance of the phrase history is written by the victorious is disputed.  But what can attribution achieve in this instance?  The sentence (or sentiment) must surely have been uttered or thought by many prior to the origin we seek, and also ex post facto by many unaware of their plagiarism.  The point remains that the marginalised have, historically, been denied a voice.  When you are dead or imprisoned, uneducated or denied access, putting forward your version of events becomes problematic.  Once something has been destroyed, only those left standing can rebuild, and do so with the only tools available to them: their vision.

It could be said that, to some extent, in the real-time networked world we have awoken in this side of the millennium, more people than ever have the ability to make themselves heard.  But what do we find now that the curtain has not just been pulled back, but entirely torn from the frame?  A cacophony of bewilderment and confusion.  Given the ability to connect, we find the opposite: rival factions forming even within so-called liberal and humanitarian endeavours.  True, beneath the media hype circus and informing every echo-chamber is a series of seemingly incomprehensible yet profound events.  To make sense of these events we cling to the narrative structures that reinforce our own belief systems (even those who claim to be free of them entirely).  But what we see is that these narratives, constructed in a context of individualism, serve to divide us further.

As well as the political and global turmoil, twenty-sixteen has, for various reasons, been a trying year for me personally and those around me with whom I am lucky enough to share a more intimate relationship.  It is not my intention to emphasise either a positive or negative interpretation of trying.  About midway through the year I discovered the writings of Charles Eisenstein whose philosophy has subsequently resonated with me profoundly: pulling together various paths of thought that I had been unable to do so alone.  All ideology is narrative.  Humanity has been driven by a story of separation, the self as a discrete entity.  Science, politics, art, education, religion, economics &c. are all ideologies constructed to make sense of the world.  All of these ideologies have failed because they are predicated on a falsehood (the story of separation).

What follows is my review of the past twelve months.  It is necessarily my own perspective.  A chronologically driven (linear and cyclical) second-person narrative, this story is one-part diary (personal and political), one-part consumption (books and music) and one-part philosophical exegesis (bildungsroman).  Depending on your proximity: in jokes, pop-philosophy, bad puns, scholarly intent, juvenilia, paradox, pretension and/or pith.  Anything underlined is hyperlinked to the source of the reference (music, words, obituaries &c.).  Direct quotes are underlined and the reference is hyperlinked from the (Author, Date) notation to where the quote exists in its full context elsewhere on my blog.  Before writing I set myself the following rules: Each entry must a) refer to the events of that month, both internal and external b) include a quote from every book I read that month that can be as seamlessly as possible woven into the overarching narrative c) contain a reference to some music I had on repeat that month, and d) reflect the nature and personal development of my philosophical enquiry.  There follows a full bibliography and an appendix.  Ma gavte la nata.

END_OF_DOCUMENT_TOKEN_TO_BE_REPLACED 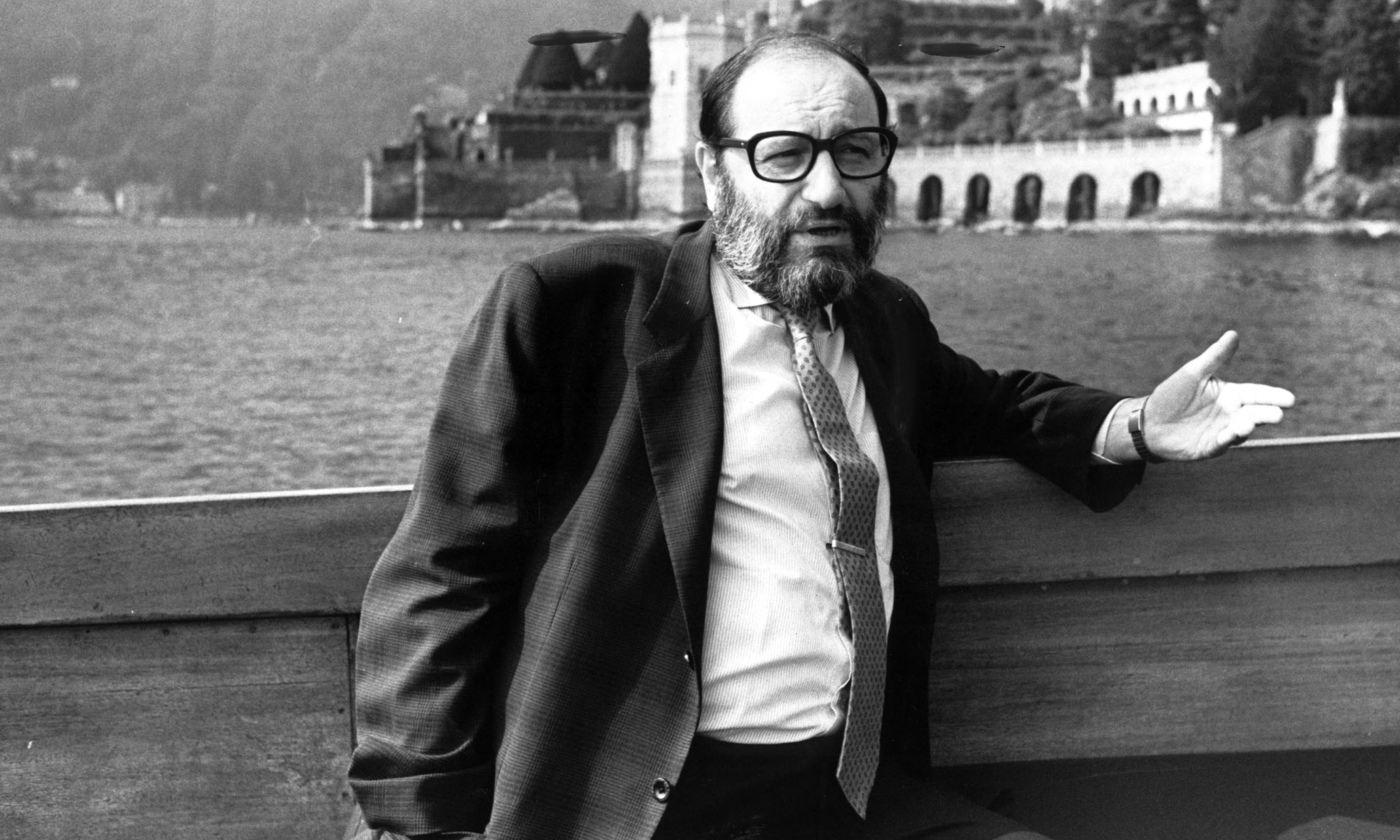 “It was the greatest library in Christendom,” William said. “Now,” he added, “the Antichrist is truly at hand, because no learning will hinder him any more. For that matter, we have seen his face tonight.”

“Jorge, I mean. In that face, deformed by hatred of philosophy, I saw for the first time the portrait of the Antichrist, who does not come from the tribe of Judas, as his heralds have it, or from a far country. The Antichrist can be born from piety itself, from excessive love of God or of the truth, as the heretic is born from the saint and the possessed from the seer. Fear prophets, Adso, and those prepared to die for the truth, for as a rule they make many others die with them, often be-fore them, at times instead of them. Jorge did a diabolical thing because he loved his truth so lewdly that he dared anything in order to destroy falsehood. Jorge feared the second book of Aristotle because it perhaps really did teach how to distort the face of every truth, so that we would not become slaves of our ghosts. Perhaps the mission of those who love mankind is to make people laugh at the truth, to make truth laugh, because the only truth lies in learning to free ourselves from insane passion for the truth.”

“But, master,” I ventured, sorrowfully, “you speak like this now because you are wounded in the depths of your spirit. There is one truth, however, that you discovered tonight, the one you reached by interpreting the clues you read over the past few days. Jorge has won, but you have defeated Jorge because you exposed his plot. …”

“There was no plot,” William said, “and I discovered it by mistake.”

“I have never doubted the truth of signs, Adso; they are the only things man has with which to orient himself in the world. What I did not understand was the relation among signs. I arrived at Jorge through an apocalyptic pattern that seemed to underlie all the crimes, and yet it was accidental. I arrived at Jorge seeking one criminal for all the crimes and we discovered that each crime was committed by a different person, or by no one. I arrived at Jorge pursuing the plan of a perverse and rational mind, and there was no plan, or, rather, Jorge himself was overcome by his own initial design and there began a sequence of causes, and concauses, and of causes contradicting one another, which proceeded on their own, creating relations that did not stem from any plan. Where is all my wisdom, then? I behaved, stubbornly, pursuing a semblance of order, when I should have known well that there is no order in the universe.” END_OF_DOCUMENT_TOKEN_TO_BE_REPLACED

…how can I discover the universal bond that orders all things if I cannot lift a finger without creating an infinity of new entities? For with such a movement all the relations of position between my finger and all other objects change. The relations are the ways in which my mind perceives the connections between single entities, but what is the guarantee that this is universal and stable?”

“But you know that a certain thickness of glass corresponds to a certain power of vision, and it is because you know this that now you can make lenses like the ones you have lost: otherwise how could you?”

“An acute reply, Adso. In fact, I have worked out this proposition: equal thickness corresponds necessarily to equal power of vision. I have posited it because on other occasions I have had individual insights of the same type. To be sure, anyone who tests the curative property of herbs knows that individual herbs of the same species have equal effects of the same nature on the patient, and therefore the investigator formulates the proposition that every herb of a given type helps the feverish, or that every lens of such a type magnifies the eye’s vision to the same degree. The science Bacon spoke of rests unquestionably on these propositions. You understand, Adso, I must believe that my proposition works, because I learned it by experience; but to believe it I must assume there are universal laws. Yet I cannot speak of them, because the very concept that universal laws and an established order exist would imply that God is their prisoner, whereas God is something absolutely free, so that if He wanted, with a single act of His will He could make the world different.”

I must say with pride that William gave me a look of admiration. “Perhaps that’s it. In any case, this tells you why I feel so uncertain of my truth, even if I believe in it.”

“You are more mystical than Ubertino!” I said spitefully.

Umberto Eco, The Name of The Rose.